A closer look at GMAT

With GradeWay Prep you develop a deep understanding of each question format for GMAT. Our immense knowledge gathered from higher education over the years, helps us impart to you the right strategy for attempting and tips to handle the questions, as part of the course module; this gets you ready for your course. Our GMAT modules do not just teach you the topics, but prepare you to apply the concepts and techniques to practice questions for the exam. Gradeway Prep enables you to be fully prepared to handle all such questions with ease.

Scroll down to have a detailed understanding of GMAT!

Reading Comprehension in the Verbal Section

Data Sufficiency in the Quant Section

Reading Comprehension in the Verbal Section

Data Sufficiency in the Quant Section

How can we help you?

Confused about the suitable plan for you ? talk to your educational consultant & make the right choice

Is MBA the next step for your management career in reputed institutions around the world? Then you must consider excelling in GMAT (Graduate Management Admission Test) which is the basic eligibility criteria for admission in business programs. According to the organizers – Graduate Management Admission Council (GMAC), GMAT plans to access a candidate’s analytical writing and problem-solving abilities, data interpretation, logic, and critical reasoning skills that are essential for a candidate at the management position.

The Graduate Management Admission Test, aka the GMAT, is a multiple-choice, computer-based and computer-adaptive standardized exam that is used globally for admission to graduate management / business programs.

The GMAT is developed and administered by test maker GMAC to provide business schools with common measures of applicants’ preparedness for graduate-level academic work. Business school admission committees look at your GMAT score, along with your work experience, academic record, and supporting materials, to assess your readiness for the rigorous of an MBA program.

It is important to note that a candidate is allowed a total of 8 attempts for GMAT. In such a scenario when you have a strict schedule of admission deadlines and no time for retake, Grade way Prep makes it simple for you to clear the GMAT with top scores and takes you straight to your dream school.

The GMAT Exam is a computer adaptive test. The level of Difficulty is determined by the responses to the previous questions and some Experiment Questions can be added which may be of variable difficulty. You will have 3 hours and 7 minutes to complete the entire test.


When to take the GMAT

Because MBA and other business programs have a wide range of application deadlines, you’ll want to research your programs of interest ahead of time to ensure that your GMAT score can be reported in time for your earliest deadline. Keep two other data points in mind: Your GMAT score is good for five years and applications take quite a lot of time to complete. If possible, it’s a good idea to start studying for your exam at least a year and maybe two years before you want to apply.

Keep in mind that many MBA programs accept applications in “rounds” that can end as early as September for Round 1 at highly competitive programs and can go as late as the following April or May for Round 3 or even Round 4.

Most people spend about 2–5 months studying for the GMAT, depending on starting score and goal score. According to GMAC, GMAT test takers who score in the 90th percentile or higher typically study more than 120 hours for the exam.

GMAT by the Numbers

The GMAT exam helps business school candidates stand out during the admissions process.

Schools know that candidates who take the GMAT exam are serious about earning a graduate business degree. They also know it's a proven predictor of a student's ability to succeed.

9 out of 10 new MBA enrollments are made using a GMAT score.

What Schools Accept the GMAT?

More than 7,700 programs at 2,400 universities and organizations in 110 countries use the GMAT exam as part of the selection criteria for their programs.

Whether you want to study local, abroad, or online, there is a school for you!

The Analytical Writing Assessment, or Essay section, helps business schools analyze your writing skills. It is scored separately, and your Essay score is not used to generate your 200–800-point score. Essays are scored by a human grader and a computer grading system, and the two scores are averaged for your final score. If the ratings differ significantly, then another human reads and scores your essay.

When scoring this section, essay graders are evaluating whether you can clearly identify and insightfully analyze parts of the argument, develop and organize your ideas thoughtfully and logically, and connect your statements with clear transitions.

There can be two types of essay questions in the AWA section.

● Argument essay: In this section, the reasoning in the given argument must be analyzed by the candidate and all the underlying assumptions are to be considered. Following this, the conclusion of whether the argument is logically sound or not has to be made. The candidate must look at the statement and argument in isolation and dispassionately dissect it without prior biases. In addition, it is necessary for a candidate to respond in alignment with the evidence, based on the argument.

● Issue essay - In this section, you would have to present a dissertation on the issue given to you. The word limit is around 600. The opinions you put forward can be supportive of the given issue or you can structure the article based on your own stance. But you need to formulate a biased approach and either stand by or against the presented issue.

The GMAT Verbal section is designed to test your command of standard written English, your skill in analyzing arguments, and your ability to read critically. You will see three problem types in this section:

Critical reasoning is one of the most confusing topics of GMAT verbal and makes you lose considerable marks. Critical Reasoning problems test the skills involved in making and evaluating arguments, as well as in formulating a plan of action. You will be presented with a short argument or a series of statements and a question relating to that information. You might be asked to find an assumption or conclusion, to strengthen or weaken an argument, or to evaluate a conclusion or resolve a discrepancy.

In GMAT Sentence Correction (SC), you will typically face long and involved sentences. A part or all of the sentence will be underlined, and you will be asked to find the best version of the underlined section out of the original or one of four alternatives. The original sentence may be correct or it may contain one or more errors, and some of the answer choices could introduce new errors.

In this section, you have to read unseen passages which are of 350 words approximately and answer multiple choice questions based on the passages. whilst taking an unbiased decision. You will be presented with an academic reading passage on a topic related to business, social science, biological science, or physical science and asked questions about that text. Reading comprehension tests your critical reading skills, including, your ability to summarize the main idea, articulate ideas stated in the text, make inferences based on information in the text, and analyze the logical structure of a passage.

Integrated Reasoning is a 30-minute section that tests you on your ability to interpret and analyze graphs and tables. The Integrated Reasoning Questions in the GMAT Syllabus consists of the data present in the form of graphs, passages, tables or a combination of data. Part of the task on IR is to wade through a lot of data and pick out the precise pieces of information that you need in order to solve. These problem types mimic the kind of analysis you will have to do on case studies in business school.

There are four problem types on the IR section:

Multi-Source Reasoning prompts present you with two or three tabs of information, including text and often including tables or other visuals. You’ll typically need to solve three separate problems based on this information. These problems can come in the form of standard 5-answer multiple choice or in the form of Either-Or statements.

These questions are relatively straightforward and basically require analysis of data given in the form of a table. Ratios, Statistics, Probabilities, etc. are generally used in these types of questions. The table is interactive: You’ll be able to sort by any of the column headers.

Graph problems will present you with some kind of visual, possibly a classic one, such as a pie chart or bar graph, or possibly something more unusual, such as an organizational chart, a genetic map, or something that the test writers created just for the test. It measures a candidate's ability to interpret the information through pictorial representation or graphs

These are the most flexible type of questions as they can be numerical, verbal or a combination of the two. It expects the candidates to analyze complex relationships between objects and can be used to evaluate questions on trade-offs, simultaneous equations, and other types of questions. Here, a question might ask you to both strengthen and weaken an argument, or a question might ask you to find variable x and variable y.

The GMAT Quant section is designed to test your knowledge of math, including number properties, algebra, statistics, and geometry. It also tests you on your ability to think logically about math concepts.

These types of questions consist of a problem statement followed by two factual statements. The candidate must decide whether the statements given would be sufficient to answer the question in the problem statement. Data Sufficiency problems are really logic problems at heart. You’re not asked to solve for a mathematical answer; rather, your task is to determine whether the statements provide enough information such that someone could solve the problem.

Problem solving comprises roughly 50% of the total questions in the GMAT Quantitative section. The topics that are asked in this section are from Arithmetic, Algebra, Geometry, Mensuration, Word problems and Statistics.

What is different about GradeWay Prep?

Experts in the field

Our contributors to the courses consist of personalities who are leading top educational institutions with more than 20 years of experience in guiding students in various subjects.

Nothing can be conquered, without an effective strategy, not even an exam! Our experts have designed the courses in a result-driven format with tips that work to achieve the highest in the exam.

Live online courses, self- preparation video courses, or a Mock Test online. Choose what works for you. Every format has been designed for you to crack the exam with ease.

Got Questions? Feel free to drop your query here.

Got Questions? Feel free to drop your query here.

Few of our top students !! 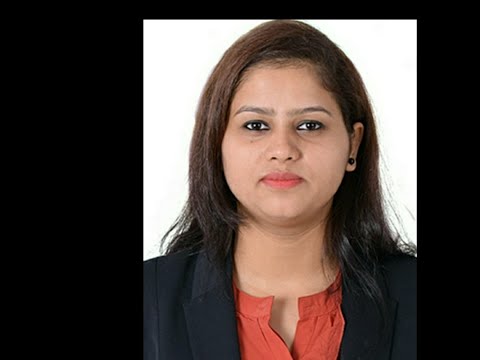